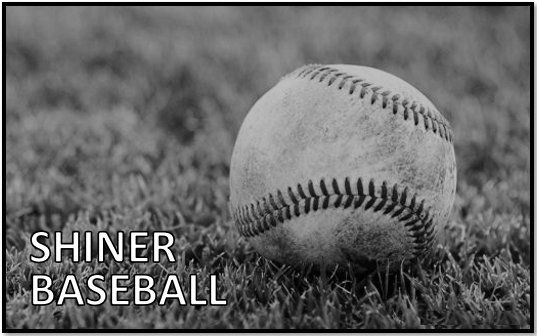 AUSTIN  The Shiner Comanches, who haven't had the best of luck the past year in the state playoffs, turned it around Tuesday at Disch-Falk Field with a 3-2 Class 2A State Baseball championship victory over Waskom.

After early-round losses in last years baseball tournament and last fall's football tournament, Comanche coach Jerry Bonewald was more than happy to show off his olympic-style gold medallion, presented to each member of the championship team.

I said we were gonna do our best to bring it back to the people of Shiner and Lavaca County, said the second-year coach. And we're bringing it back. Bonewald never said it would be easy, however.

We're a competitive club. Even when we're behind, we're competitive.

As in Shiners 13-6 semifinal win Saturday morning over Gladewater-Union Grove, starter Kenneth Machacek staked the opposition to an early lead.

The junior lefthander gave up two runs in the first inning and shut the door thereafter, striking out five, walking four and giving up three hits to raise his record to 16-2.

After a pair of ground outs to start the game, Waskom starter Kevin Jackson tripled to right field. Centerfielder Jack McDaniels then took the count to three-and-two before walking. He stole second and scored, along with Jackson, when catcher Dennis Kaspars throw was high-and-away into centerfield.

That wasn't Kaspars only embarrassing moment, as the senior catcher looked at two third-strikes and popped out to left in three of his four times at bat.

But the fourth time up was enough to make anybody's day.

Glen Dolezal opened the eighth inning with a single to left field and went to second on a sacrifice by Pat Hajek. Pat Seldenberger, who scored Shiners first run and also had a vicious double off the right field wall, was intentionally walked.

Tim Kalich bounced to the shortstop for what may have been the start of a double play. Waskom second baseman Bobby Hill was a bit late getting to the bag, so the play went to first to get Kalich.

Comanche leftfielder Mark Wenske, who had a single in three times up, was also intentionally walked to load the bases for Kaspar, who had a .238 average for the season.

On a two-and-two count, Kaspar hit a hard grounder that hit off the glove of Waskom third baseman Jimmy Pender and into left field, scoring Dolezal and giving Shiner the first state championship in the school's history.

Jackson was moved to shortstop after the first inning by Wildcat coach Williams Edmundeon, who said the seniors arm was tired from Monday's game with Pottsboro. Tom Bowen, picked up his third loss of the season against wins in relief, striking out eight and walking four, two intentionally.

Jackson was the Cats most consistent performer at the plate, going two-for-three with a single, triple and a run scored. Pender and leftfielder Winifred Byrd were the only other Wascom batters to get hits off of Machacek.

The Wildcats had a hard time on the base paths when they were able to get there, as well.

Bowen led off the third inning with a walk and, after Charles Gordon flied to second, was caught stealing. In the fifth inning, Hill reached first on an error and strayed too far from the bag waiting for Machecek to pitch and was picked off.

Jackson and Bowen held the Comanches hitless until Rodney Kalich tripled in the third inning. Shiner didnt score until the fifth inning, when Seidenberger singled to right and went to third on successive bunt singles by Tim Kalich and Wenske. Kaspar was fanned and Paul Malinovsky singled to center, scoring Seidenberger and Kalich while Wenske was tagged out oversliding the bag at third.

I felt a lot worse this morning, said Bonewald. But it got a lot better as the game went on.